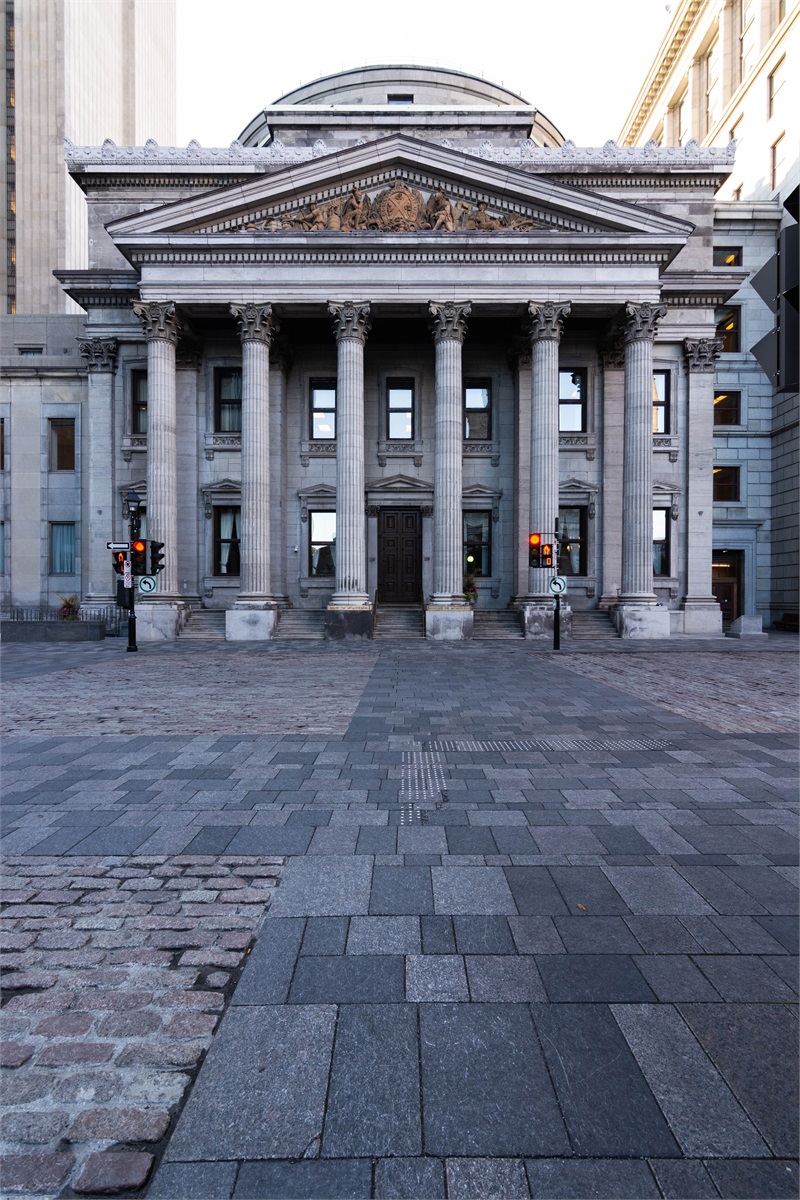 While there have been a number of events in the past year that have brought an increased exposure to disparities in America regarding how minorities are treated, these events - coupled with the financial impact of COVID-19 - have also brought our intention to the importance of black households having a strong financial foundation. Unfortunately, study after study has shown that not only are black consumers more heavily impacted by downturns in the economy, we are less likely to be approved for things such as home and small business loans. And when loans are approved, the average interest rates for which they are approved are higher than our peers. These disparities are even seen in the cost of education, where black graduates with student loans graduate with more debt than their peers and see the disparity grow larger in each year following their graduation.

All of this brings us to this past weekend, where it was announced that a black-owned bank, supported by among others, the rapper Killer Mike and Andrew Young, received tens of thousands of requests to open accounts within the first 24 hours of their launch. Greenwood Bank, an homage to the Greenwood District in Tulsa, Oklahoma, is a digital bank that aims to specialize in financing the needs of black and LatinX entrepreneurs. Ryan Glover, the bank's founder, stated the following in an interview about the bank's launch: "In order to build wealth, you need bank capital. We will identify qualified entrepreneurs, business owners and creatives to equip them with the capital needed to make their dreams a reality."

To be clear, this article should not be seen as an endorsement of Greenwood Bank. But we do endorse black wealth. And while it may seem obvious that a bank needs money in order to function, you may not be aware of the multiplying effect that takes place when you make a deposit into any bank. We wanted to walk you through the journey your dollar takes when it's deposited into a bank, using two concepts called fractional reserve banking and the Multiplier Effect, so that you can understand how depositing money into a bank can create an economic impact for other consumers.

Step 1: You Deposit Your Money

There is a reason that banks can't offer loans the second they open their doors. Deposits are a bank's foundation, and the amount of their deposits dictate the loans that they can offer to their consumers. This is why when banks open they must be capitalized, which is essentially a fancy term for making sure they have enough financial backing to safely make loans.

Here is where many people's knowledge of the baking process ends. When you deposit money into a bank, you would naturally think that the bank keeps all of that money. In reality, banks are only required to keep a small percentage of their deposits on hand at any given time. Depending on the size of the institution, it may not have a required level of reserves at all! But lets assume that we have an average size bank, and their required level of reserves is 10% of deposits. This means that a bank with $100 million in deposits would only be required to actually keep $10 million on hand at any given time. This concept is called Fractional Reserve Banking, and it's what allows banks to offer loans that far exceed the value of their deposits. So if you deposit $1,000 into a bank and it only keeps $100, where does the rest of your money go?

Step 3: The Balance Is Loaned To Consumers

The rest of your money is loaned out to consumers in need of auto loans, home loans, personal loans and small business loans. These consumers pay the loans back with interest that also produces revenue for the bank. If you're keeping track, you probably now understand how important it is for the person receiving the loan to actually pay back the debt. The bank made a loan using your money, and you still have access to that money if you need to make a withdrawal. Since the bank only keeps a fraction of your actual money in-house, the whole system relies on the loans they've made being paid back on time and with interest so that the money you deposited is there when you need it. Loans that aren't being paid on time are called nonperforming loans. If a bank has too many of these loans on their books and doesn't have strong deposits, they are at greater risk for a bank run, which occurs when customers nervous about a bank's solvency all run to the bank and try to withdraw more deposits than the bank has on hand.The importance of timely loan repayment in this cycle is why banks try to make sure they are lending money to people and businesses who will not default, because if they do the entire cycle is broken. The problem however, is that historically the banking industry has discriminated against and applied more stringent standards to the applications of black consumers than those of their counterparts.

Step 4: The Loans Are Used To Generate Business Profits

If the loan ends up in the hands of the right customer or business owner, they use the proceeds to generate economic activity and revenue for their business and their household. Ideally, they also bank at the institution that provided the loan, which means that the institution receives the principal loan payment, the interest for the loan ...

Step 5: Which Are Deposited Back Into The Bank

... and the deposit of said profits. The cycle is now both complete and continuing. 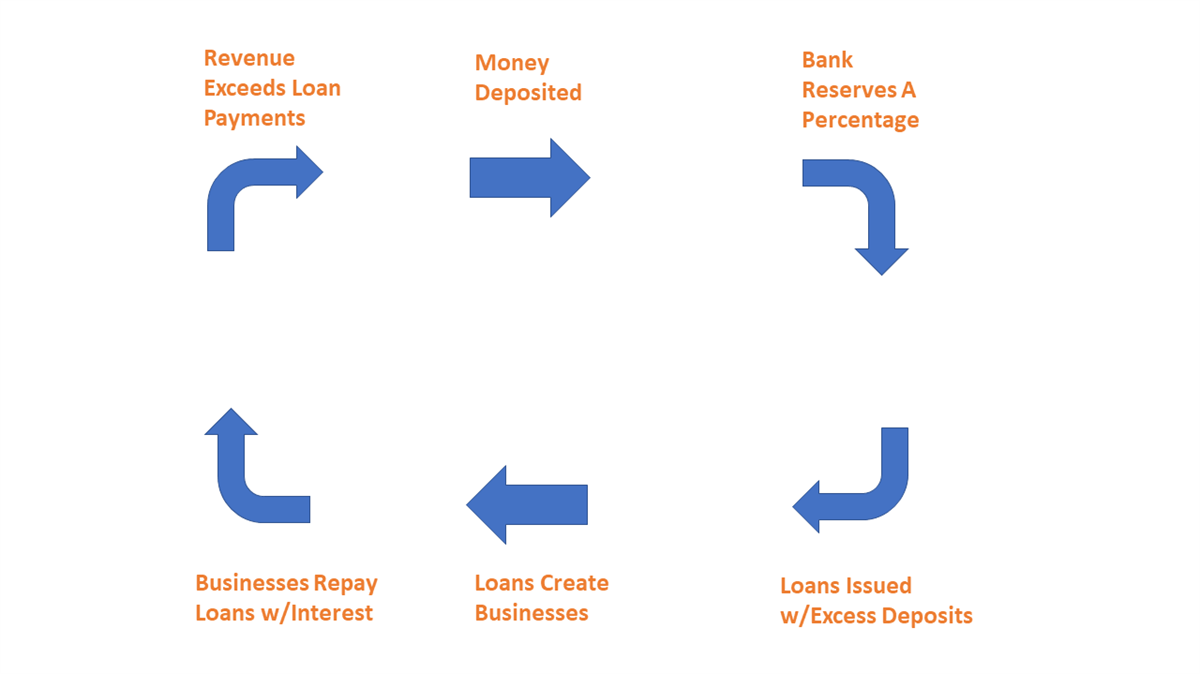 A bank's deposits serve as a foundation for a process that grows exponentially faster than the deposits themselves. This phenomenon actually has a metric that is used to estimate the potential impact of a bank's deposits. It's known as the Multiplier Effect.

The Multiplier Effect looks at the fractional reserve system and states that you can estimate the economic impact of a bank's deposits using the following formula:

Let's use an example of a bank with $50 million in deposits and a required fractional reserve ratio of 10%:

Using these numbers, the Multiplier Effect would state that potential economic impact of the bank is TEN TIMES higher than the value of its deposits. And if you feel you've found a bank whose mission aligns with yours, it could mean a substantial impact in communities that you feel are worth your support.

I hope you found this exercise helpful. While I cannot and would not tell you where to bank and which bank best aligns with your interest, I do think it's important to understand how supporting a bank that aligns with your mission can be impactful.  As we continue to strive for racial and economic equality, it's important that we understand how systems work and how the impact of our efforts will be felt by those on the receiving end.

***Greenwood Bank is not affiliated with Royal Alliance Associates, Inc. Greenwood's contact information is being provided as a reference to the information covered in this article. This should not be considered a general recommendation of their services. You should carefully consider all of your available options when selecting a bank to be sure you are comfortable prior to enlisting their services.***