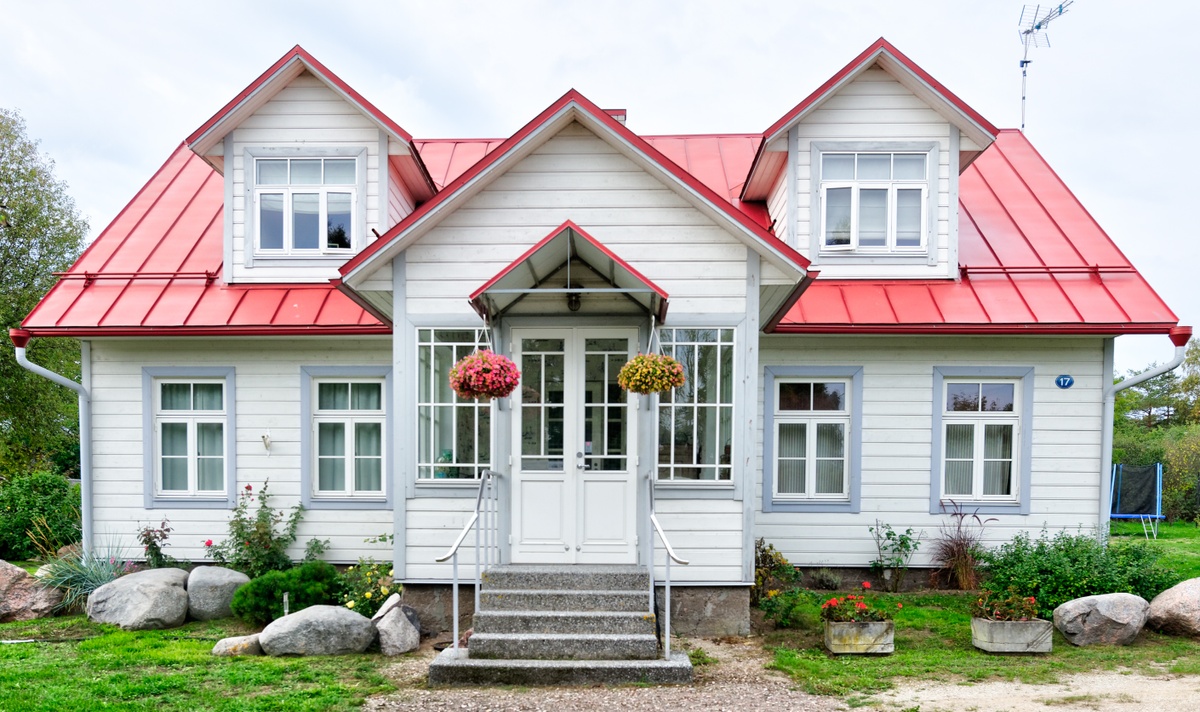 How Do Adjustable Rate Mortgages Work?

Or at least, that's how you've been feeling in recent months as you've carried on a fruitless home search. Interest rates rising 2% or 3% in a matter of months, pricing you out of the homes that you could afford when you started looking. People bidding tens of thousands of dollars over asking price, causing you to lose out on the houses you COULD afford. And news that the Fed is considering increasing interest rates two or three additional times before the end of the year.

All of these events have caused some to exit the home-buying market completely. For others, it has led them to search for alternative, non-traditional ways of financing their future homes so that they can still afford to be owners. This search has brought to the forefront a type of home loan that, following the 2008 housing crisis, had been villainized, and rightfully so. But desperate times call for desperate measures, which is why we find ourselves talking yet again about ... Adjustable Rate Mortgages, or ARMs.

ARM loans are a special type of financing, where homeowners can pay a fixed rate on their loan for a short period of time before the lender is able to adjust their rates to reflect current market conditions.

ARM loans are rising in popularity because the rates offered by these loans can be significantly lower than rates for a fixed-rate, 30 year loan. The potential rate increases for these loans represent a potentially huge risk to homeowners securing them so they can benefit from the temporary savings. But as interest rates and home prices skyrocket, borrowers are flocking to them in droves, understandably kicking the can down the road and hoping that they won't have to pay the piper (a lot of metaphors in one sentence, but you get the point).

So let's dig into how ARMs work, the pros and cons, and whether or not they're a potential solution for you.

Unlike fixed rate mortgages, adjustable-rate mortgages have the ability to change their rate throughout the course of the loan. They set these rates according to certain economic factors and, most importantly, the interest rate of their preferable index.

In mortgage terms, an index is an interest rate lenders rely on to determine what they will charge to customers.

For ARM loans, common indices on which lenders base rates would be the one, three or five year treasury yield. There are also lenders who will use the LIBOR, or the COFI as benchmarks for their ARM rates.

After determining the index used to track rates, lenders also establish a margin for ARM loans that act as a buffer for their profitability in the event of rising rates.

As an example, a lender might state an Index + Margin of COFI + 2.5%, meaning if the COFI rate is 4.5%, the added buffer will lead to a borrower paying an Initial Interest Rate of 7% (the stated Index + Margin).

For the remainder of this post, we'll use the terms above - a COFI+2.5% Index+Margin with an Initial Interest Rate of 7% -  as the example from which we'll build our knowledge base.

Here is an example of how these terms might be listed in a quote given by a lender: 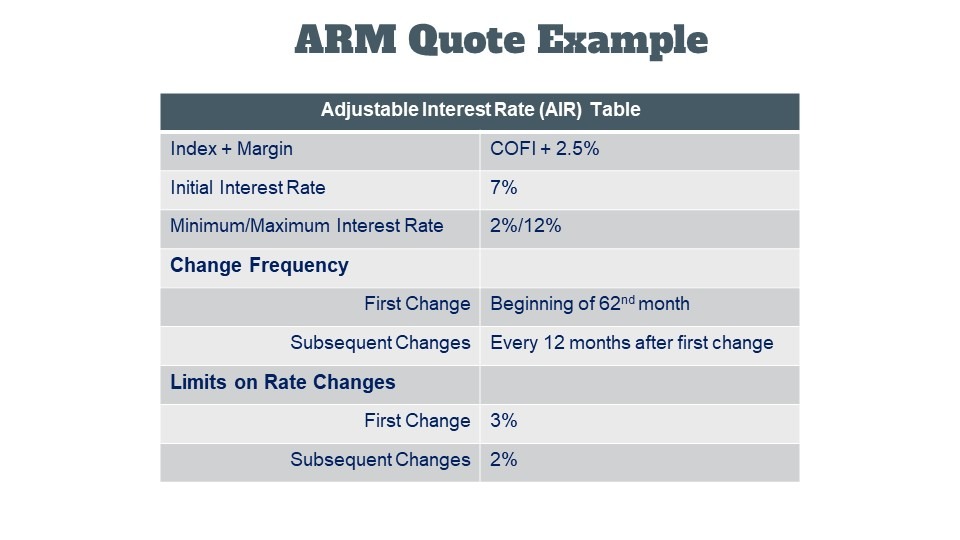 Remember that ARM stands for ADJUSTABLE Rate Mortgage. The stated Min/Max Rates list how high or low the loan rate can be adjusted. Let's assume a stated Min/Max rate of 2%/12%, meaning throughout the course of the loan, the maximum increase or decrease from our Initial Interest Rate will be 5%. This maximum increase will come into play when we discuss Rate Caps.

The Fixed Period and Change Frequency are one of the first times you'll see the confusing terms most people associate with ARM loans. These numbers are typically expressed as X/X, with the first number stating the length of time lenders will pay a fixed rate on their loan, and the second number and expression of how frequently the rate can change after the Fixed Period.

Going back to our example, a 5/1 ARM would mean a borrower would have a fixed rate for the first five years of the loan, after which there rate can change no more frequently than once per year.

It's important to note that if viewing another example of a 5/6 ARM, the second digit in this case doesn't mean a fixed rate for five years and changes no more frequently than once every six years, but that the rate can change once every 6 months.

Rate caps for adjustable-rate mortgages are designed to give the consumer a quick idea of the limits of any potential changes to their mortgage rate.

Should I Use an ARM?

We will probably continue to see an increase in the use of ARM loans, and maybe it's an option that will pop up in your home search as well. I hope this post gave you a better idea of how these loans work, as well as their pros and cons. And lastly, best of luck to you as you look for the home of your dreams!